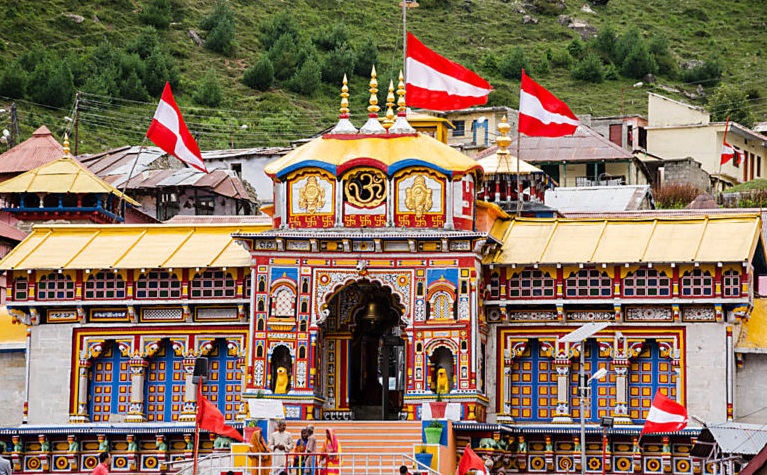 Vasudhara falls is situated in Mana and at a distance of 4Km from Badrinath through trekking. It is famously known as the resting place of Pandavas.

Neelkanth peak is located at a distance of 6507 metres from sea level and is covered by the snow, from here you can see the beautiful seen of Alaknanda River.

It is believed that there are only 5 prayag’s but very less number of people knows that there is one more prayag which is known as keshav prayag and it is situated between Badrinath and Mana.

Bheem pul was made up of stone which was established by the Bheem one of the pandav brothers. This stone was created to cross the Saraswati river and this stone is a part of mountain which was made by breaking the mountain.

Ganesh gufa is the place in the shape of cave where the Maharishi Vyas dictated the Mahabharata which was wrote by the lord Ganesh.

Mana Village is well known as the last Indian village because after the end of this village the China border is started. Mana Village is considered as the place of tourism. It is situated at a height of 10,000 feet above from sea level.