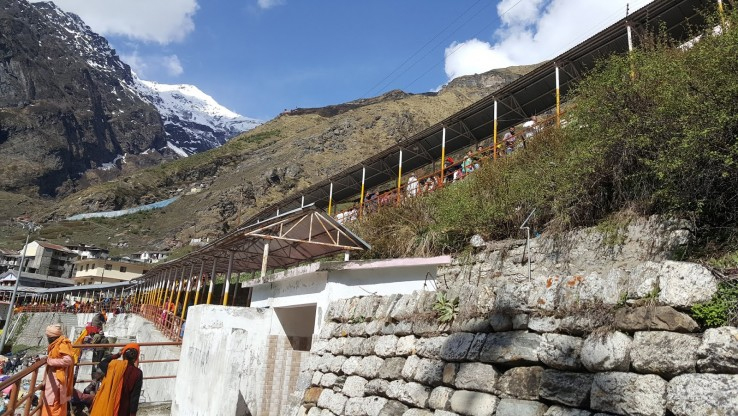 On the banks of Badrinath Dham, in flowing Alaknanda, after visiting the Brahma Kapal, the dead souls get salvation. After this there is no need to get a Pind Daan for any ancestors anywhere. Only on the date of his death in the Shraddha Pakhi, a Brahmin has to feed.

It is mentioned in the Puranas that travelers make pilgrims for the fulfillment of the ancestors. The Pinnacle method ends here. This shrine is a little away from the temple in the form of rock. Here God’s Mahaprasad (cooked rice) is given to the ancestral Pind in death ceremony, by which the ancestors get renewed freedom. When Brahmaji became attached to his daughter on the evening, Shiva took another form and cut off his head with anger. From then on, Brahma is four-faced. Earlier there were Five faces of Brahma. But with the sin of Brahmana, that head stuck with Shiva’s hand. They got rid of that head and went all the way to the pilgrimage.

After reaching the Nidan Badrikashram, his skull fell from the hands of the Shivaji near Alaknanda. Therefore, this place began to be known as Brahma Kapal. Along with the visit of Badrinath Dham, pilgrims from distant states do not forget to perform Brahma kapal from their ancestors.