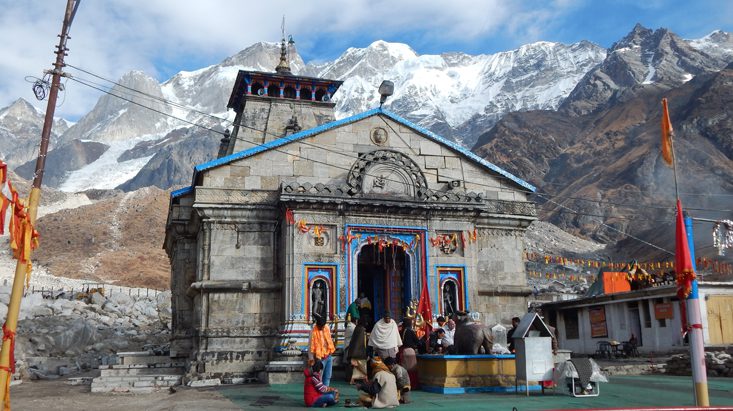 Situated in the Rudraprayag district of Uttarakhand, surrounded by giant mountains on three sides, Kedarnath Dham is a symbol of the faith of countless devotees. According to the belief of Hinduism, Kedarnath Dham is considered to be a major center of energy. This temple of Lord Shiva is 85 feet high, 187 feet long and 80 feet wide.

There is a belief about the Jyotirling of Kedarnath, that Pandavas wanted to be freed from the sin of brotherhood when they were victorious in the war of Mahabharata. For this, they wanted to obtain the blessings of Lord Shiva, but the Lord was angry with the Pandavas.

Pandavas went to Kashi for the visit of Lord Bholenath, they did not meet him. Pandavas came to the Himalayas while searching Shiva. The Lord did not want to see the Pandavas, so he went into Kedarnath. On the other hand, Pandav also reached Kedar behind him.

Bhima blazed on that bull, but the ox was placed on the ground. Bhima grabbed the back of the bull’s back. Lord Shiva was glad to see the devotion of Pandavas in this. He gave sight to the Pandavas and freed them from sin. Since then, they are worshiped in Shri Kedarnath as the form of the back of Lord Shiva’s bull.

In the main part of the temple there is the path of Pradakshina around the pavilion and sanctuary. Nandi bulls are in the vicinity of the outer courtyard. There is no authentic mention of who built the temple. It is said that it was founded by Guru Shankaracharya.