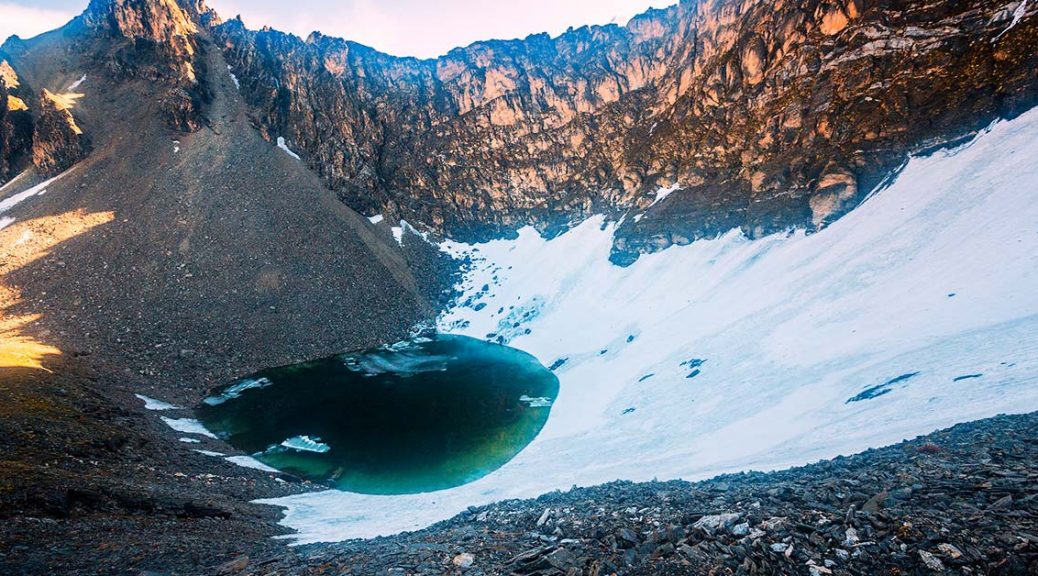 Located at a height of 5029 meters above sea level, Roopkund Lake in Uttarakhand is also known as Lake of Skeleton, it was a mystery that was only discovered by scientists.

The scenic beauty of this lake situated on such a height was already surprising. On top of this, many skeletons are buried in the bottom of the lake, which are seen only once when ice melts. It was discovered in 1942 by a ranger who discovered a common grave in this remote lake who actually travels for 4 days to reach a different and uninhabited place.

Local legends believe that the skeletons are from the king of Kannauj in the ninth century. Who accompanied his queen and other pilgrims to the pilgrimage in Nanda Devi Hills, who suddenly encountered the hail storm and sank in the lake. Scientists have recently confirmed the story that the skeletons are actually pilgrims and locals who are around 850 AD. The investigators concluded that these deaths were caused by fatal explosions in the back of the head, and not due to injuries caused by weapons of war, avalanches or landslides. The scales on the shoulders and the bones on the shoulders were consistent with the goal of the ball in the shape of the ball. The best estimate is that the hailstone the size of a ball has a shape that causes injuries and, subsequently, the death of these pilgrims.

Roopkund, also known as the mysterious lake, is surrounded by glaciers and snow-covered mountains. The lake is about 2 meters deep and hundreds of pedestrians come every year. Tourist and pilgrims are also included in the Nanda Devi Raj Jat, which goes to Roopkund once every twelve years for the worship of Goddess Nanda.

Best Weather: May to October

How to go Roopkund

Lohajung Pass, well connected through motorized roads, is the starting point of trekking. The level of difficulty of walking from Lohajung Pass to Bedni Bugyal is moderate. Bedni Bugyal is a large picturesque place in which vast expanse of vegetation is a hill filled with coniferous trees. The toughest part of Trek is 14 km from Bedni Bugyal to Roopkund, which is built for travelers with previous experience in trekking. No accommodation is available on the trekking route.

The route from Delhi to Roopkund

Rishikesh is the nearest railway station for Lake Roopkund. From Rishikesh, you should follow the path mentioned above.

Jolly Grant airport in Dehradun is closest to Roopkund. From there, the road leads to Deval from where you can follow the above path.

Hello travel lovers! Have you ever heard of the skeletal lake situated between rocky glaciers and snow-capped mountains, which also rises 5029 meters above sea level? Prepare your travel equipment and get ready, because this increase is only for experienced travelers. Immersed in the glacial lake, this common grave can be seen only after the melting of the ice. Scientists are trying to date the skeleton called around the 9th century. So get ready for the nasty surprise on this trip.